Italy is home to more than 62 million individuals and is ranked 23rd in population size when compared with other countries throughout the world.

Learn Italian means empathizing with a country steeped in the arts, architecture, music, and food. Birthplace of the Roman Empire and major center of the Renaissance, culture on the Italian peninsula has flourished for centuries.

The Italian language is certainly one of the most desirable to learn and the 4th most studied language in the world. If you ask yourself “Why Should I Learn Italian? “ we can help you with a list of seven powerful benefits of learning Italian language.

Most of the world’s cultural heritage sites are in Italy

Italy takes the crown as the country with the most UNESCO World Heritage Sites in the world. Italy has an abundance of culture: 50 of its 55 UNESCO sites are cultural and 5 are natural. From Pompeii to the Colosseum, from Venice to Florence, the country’s massive tourism industry thrives on his heritage. From north to south, from the seaside resorts to the extraordinary mountain landscapes, you can find stunning surprises just a few kilometers away from each other. Everyone dreams about traveling to cities like Florence, Rome, and Venice, and their fame is indeed well deserved. But there is only one way to get into this great atmosphere, and it is by learning the local language. It seems obvious, but Italian is the main, effective means to discover the beauty of an incredible country.

The Italian language derived from Latin, as well as 30% of the English vocabulary

Throughout the years English has been a constant borrower from other languages, but Latin stands out as having made the biggest impact on the English lexicon. Latin began its influence on the English language long before English was an established language, and it continues its influence even today.

The earliest influence of Latin on the English language came from the Romans on early Germanic tribes while they were still located on mainland Europe. Before the Germanic tribes invaded Britain, they had contacts with the Romans, due to trade and war. The Germanic tribes were bordered by the Roman Empire and were heavily influenced by their presence. Thus, when the Germanic invaders invaded Britain, they had already been influenced by the Romans and had already begun to use certain Latin words in their language. But there’s also a second period of influence. Latin was introduced to the Celts with Caesar’s invasion of Celtic Britain in 55 B.C. During the 350 years of Roman control of Britain, there were numerous people who spoke Latin. Some researchers believe that spoken Latin existed after the Romans left (above all for upper-class Britains), even if others believe when the Romans went back to defend Rome, they took their language with them.

In any case, when St. Augustine landed in 597, he brought not only Christianity, but he also reintroduced Latin to Britain. Naturally, as England became a Christian country, Latin would begin to have an even stronger influence on Old English vocabulary. Originally, Latin would have only been transmitted verbally, but in that period the Latin alphabet was being used to write, so the Anglo-Saxons could borrow both from written and spoken word. Latin continues its influence on English vocabulary through the period of early Modern English. The sixteenth, seventeenth, and eighteenth centuries account for most of the Latin words that are still used today. Although English was known as the language of popular literature, it should be remembered that Latin was the language of scholars and still used by scholars all over Europe.

So Latin has had an enormous influence on English vocabulary. Even if it is difficult to determine if some words were borrowed directly from Latin, we know that Latin borrowings have played an enormous role in the creation of Modern English. The English language would be unrecognizable if we were to not use words of Latin origin. Although English is clearly a Germanic language and doesn’t belong in the Romance family, it will be forever bound to Latin.

Train your mind with the Italian language

There is an increasing awareness of the usefulness of foreign language training in a number of seemingly diverse areas. Foreign language students develop technical competences related to language use and also tangible advantages in the job market because of their increased communication skills.

Mastery of languages also enhances the enjoyment of travel abroad and reduces frustration and isolation during travel in other countries. Increased international business opportunities have made meaningful communication and understanding between cultures more valuable, and the individual’s ability to understand and empathize across cultural lines is increased with language study. In addition, research suggests that foreign language study enhances both cognitive development and academic achievement.

While it is certain that people familiar with more than one language and culture can communicate more effectively with people of other countries and cultures, it is also possible that through learning another language and culture, people become more effective problem-solvers, closer to achieving solutions to pressing social problems because of an increased awareness of a wider set of options. There’s a language that, more than others, can train you to get all the benefits listed above: Italian.

Learn Italian from your home Explore the world of paraverbal communication

We usually communicate by sharing information and ideas with other people. We can do that by speaking,  writing, and even with our body and expressions such as eye contact, gestures, posture and tone of voice. So, when you are in a foreign country,  you need to learn how to get in touch with different people. Italy is the motherland of non-verbal and para-verbal communication.

Italians are well known for communicating with gestures as well as with words. Facial expressions show how a person feels. Italians usually smile and have relaxed facial expressions when they are calm and when they wish to make people feel at ease. You should always try to smile  with Italian people if you want to communicate well. On the other hand, discussions are frequent amongst Italians when they do not agree. If you are talking to someone and your opinion is different from theirs, they will probably start even a burning discussion with you just to prove that they are right.

But remember that this is not a problem. Disagreeing is accepted in Italian culture and do not be offended. Gesticulation is really important too. All the gestures we make while speaking, have a specific meaning in Italy. You cannot fail to be fascinated by such a picturesque language: you’ll have lots of fun.

Italy: the land of fashion, art, food and music

Italy is famous for its high quality handcraft, fine tailoring, production and export of fashionable items. Italian fashion industry is one of the most important in the world for the income generated, the number of people employed and companies involved. Clearly, if you are interested in being part of this magical world, the advantages of learning Italian, will make the difference. The same goes for food. Italy is the culinary leader of the world and the increased popularity of the language reflects the growing obsession with Italian food. Moreover, Italian is the language with the highest number of words for naming food and dishes.

And What about Art? When you mention Art in Italy, most people’s thoughts fly first to the Renaissance, to Giotto, Donatello, Michelangelo, Raphael, and Leonardo. But Italy’s artistic heritage actually goes back at least 2,500 years. Let’s talk about music, too. Music has always formed an important part of Italian culture and folklore. Italian music takes different forms ranging from opera, to folk music over popular music and religious one.  Many music instruments, such as the violin and piano, were invented in Italy. The musical scale, the art of Opera and many music terms, such as sonnet, concert, quartet were also born in Italy and many of the existing European classical music forms can trace their roots back to innovations of sixteenth and seventeenth century Italian music, such as the symphony, concerto, and sonata.  Do you still have doubts about the benefits of studying Italian? 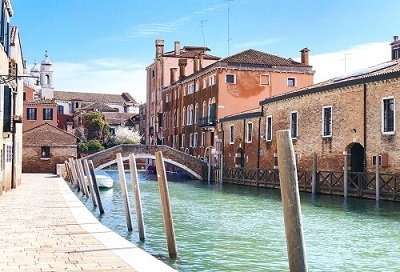 Italian is the perfect language to express your feelings

As you probably already know, Italian people can be very expressive. Now imagine being able to say how you really feel in a language far from yours. We are as we speak. The language in which we express ourselves influences our perception of things and our ethics. Science explains how our personality is influenced by how we communicate. For this reason, the Italian Language is an antidote to the difficulty of expression and the discomfort that follows: it’s full of extraordinary words that express feelings, moods, passions, desires, and prayers. The Italian Language is the opposite of arid communication.

Learning Italian is a way to open doors to other languages

Italian is closely related to other ‘Latin-origin’ languages . All the Romance languages have the same rules. They are called so because they take their beginning from Roman Empire and share many features with its language, Vulgar Latin. The five most widely spoken Romance languages are Spanish, Portuguese, French, Romanian and of course, Italian. The beauty of them lies in their similar forms so, choosing Italian as your foreign language  means  you could gain several ability to understand more other languages.

Do you have any other doubts?